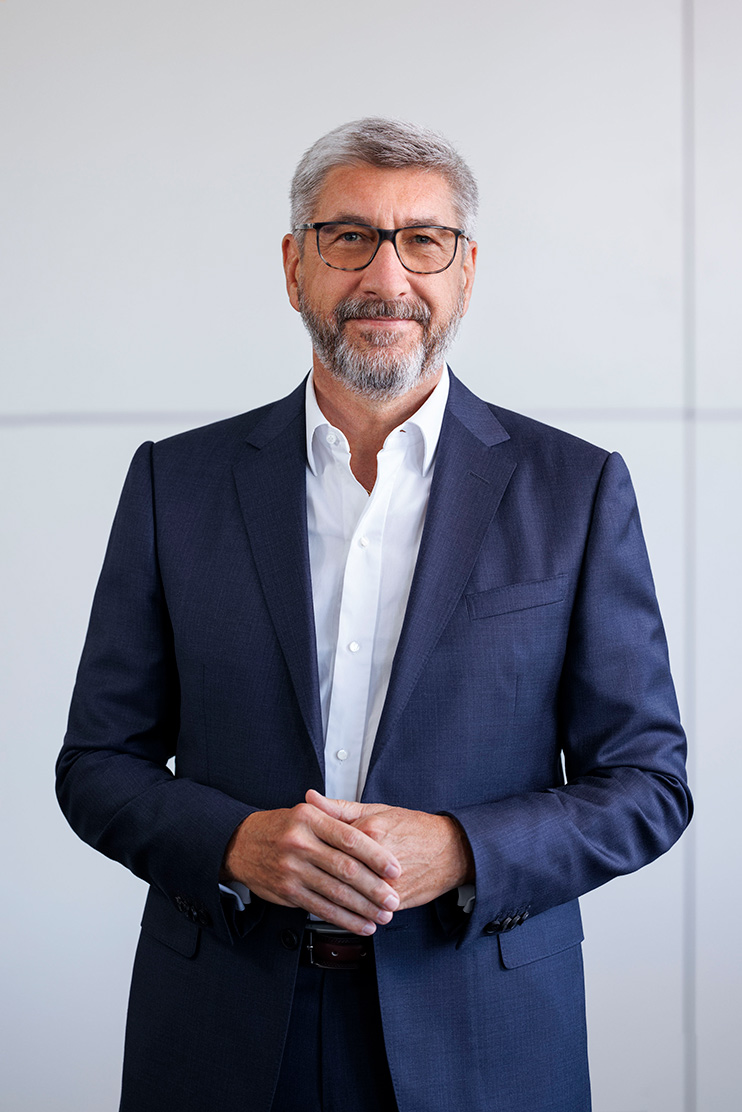 NON-EXECUTIVE MEMBER OF THE BOARD OF DIRECTORS

Roberto César Gualdoni started his professional career in 1983 as a Commercial Coordinator for the global seamless steel pipe business at Tenaris in Buenos Aires, Argentina. In 1987, he joined BASF, where he held various management positions over the years, including Group Vice President of the Foam Products Business Unit from 1998 to 2001, Group Vice President of the Engineering Plastics Europe Business Unit from 2001 to 2005, Senior Vice President of Global Procurement Basic Products from 2006 to 2007, and Senior Vice President Global Procurement Raw Materials from 2007 to 2010. In 2010, he became President of BASF's Styrenics business unit, which merged with INEOS units to form the Styrolution Group, a global leader in styrenics for the automotive, electronics, household appliances, construction, and healthcare industries. Here, he served as CEO from 2011 to 2014, responsible for sales of EUR 5.6 billion, 3 200 employees, and 27 production sites in ten countries. Roberto Gualdoni holds a degree in industrial engineering from the University of Buenos Aires, Argentina, and he also graduated with an MBA from INSEAD in Fontainebleau, France.