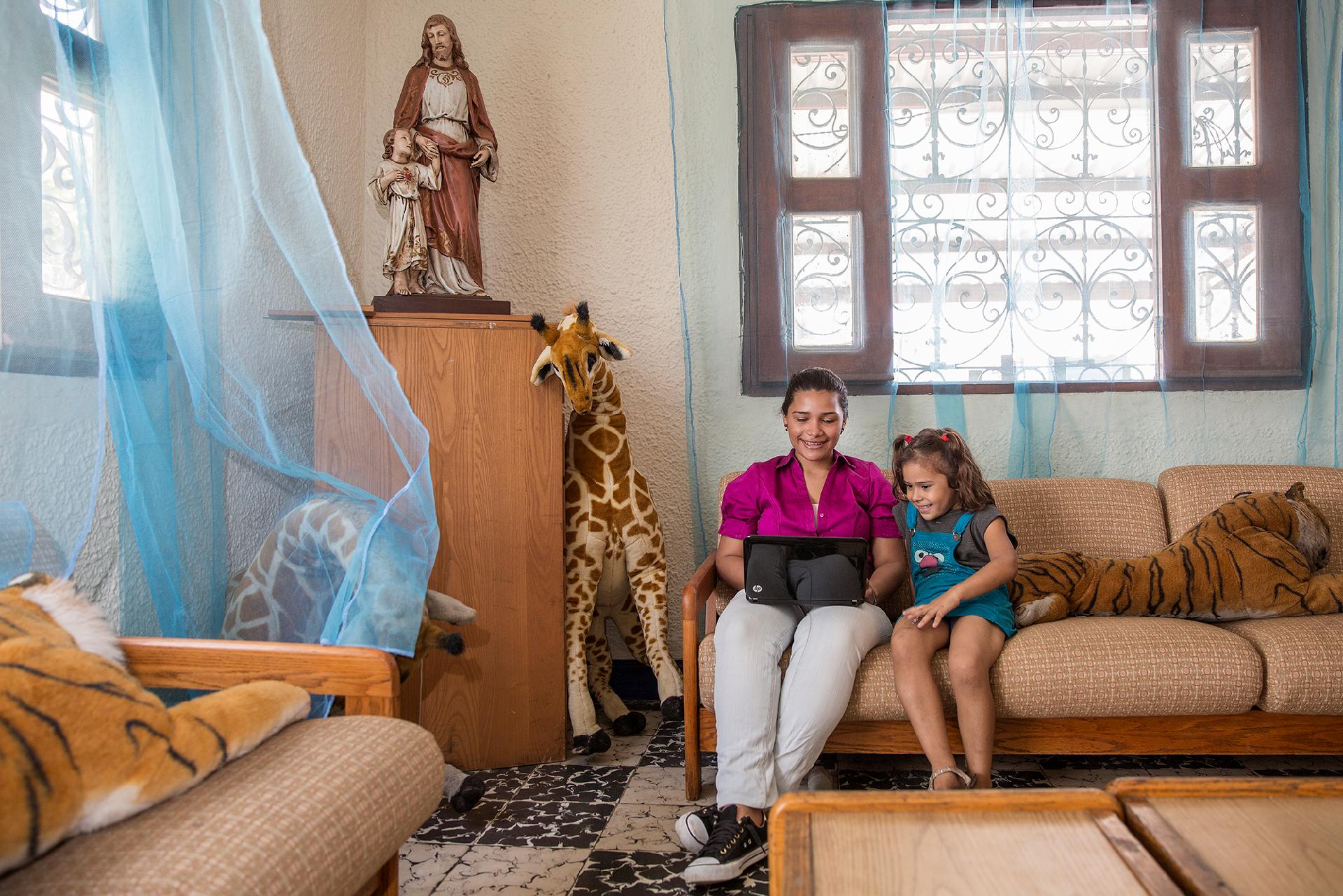 From April 21st to April 23rd Clariant and its partner Disease Control Technologies (DCT) donated a total of 600 mosquito nets and curtains in Nicaragua. Insect carried diseases, such as Malaria, Dengue and Chikengunya, pose daily and serious threats to the lives of around 70 young girls living in the “Hogar San Jose Protector” shelter in Managua, an institution operated by “Asociación Hoy Por Manana”, one of the recipients of the donation. Representatives of both parties met on April 23rd , in light of the annual World Malaria Day, to hand over the nets and curtains. The donation is part of a worldwide effort to combat the immense death toll accounted for by insect borne diseases and an opportunity for Clariant to present its achievements in the field. Long-lasting insecticidal nets (LLIN), produced by DCT using Clariant materials, are an effective, affordable and reusable measure to reduce infection rates with such illnesses such as Malaria and Dengue fever.

Clariant Business Unit Masterbatches have developed a revolutionary additive that allows dispensing of the insecticide "Alpha-Cypermethrin" slowly, but consistently from the filament. This guarantees its effectiveness for over 30 wash cycles, thus not only complying with, but surpassing WHO guidelines for LLINs which call for 20 cycles. The regeneration period is a mere 24 hours and does not require thermoactivation, in contrast to many other products. Clariant produced LLINs are one of only ten currently available products by eight licensed manufacturers that fulfill the WHOs stricts criterea. (More information on WHO guidelines for LLIN.)

The following donations of Royal Sentry LLINs by Clariant and DCT took place:

The San José Protector home for girls is a project of the Hoy Por Manana Association that is under the supervision of the Sisters of the Annunciation in coordination with the Nicaraguan Ministry of Family. It accepts girls as young as three years of age, mostly from impoverished or abusive backgrounds. The girls are raised and cared for in a healthy, humane and familial environment until the age of 18 or until they graduate high school. Focus lies on mitigating domestic violence against children in contributing to this effort throughout Nicaragua by establishing a model of prevention that offers refuge to young girls especially at risk. The institution provides basic needs, such as food and dwelling, as well as academic reinforcement courses and computing classes in order to prepare the girls to take their place in society and assist the prevention effort in future.

Associaton Hoy Por Manana is a non-profit organization operating in Nicaragua since 2003. Its primary goal is aiding the poorest sectors of Nicaraguan population through sustainable practices, focusing especially its the youngest and most vulnerable members. The Association is administered by a group of volunteers and administrative expenses are limited to governmental processing, legal and accounting fees. Thus every donation received can be used almost entirely for the benefit of those in need.

World Malaria Day 2015 - a WHO initiative

The World Health Organization's (WHO) annual World Malaria Day 2015 takes place this year on April 25th. It is a call to fight against Malaria and other insect borne diseases and an expression of solidarity with individual efforts taking place all over the globe. Clariant is proud to join the worldwide cause with its Donation Event in Nicaragua this year and looks forward to further contribution to the cause. More information about World Malaria Day 2015 can be found on the WHO's internet platform.

Renowned photographer Rui Camilo agreed to cover the occasion for Clariant and DCT. Instead of accepting his regular fees, Mr. Camilo wished to continue the donation initiative and has requested to be paid in mosquito nets to be sent to an NGO in São Tomé. This generous move captures the spirit of the fight against insect borne diseases and was graciously acknowledged by all attendees.

A gallery of images taken at the Donation Events is attached below. More of Rui Camilos photography can be found on his personal website.