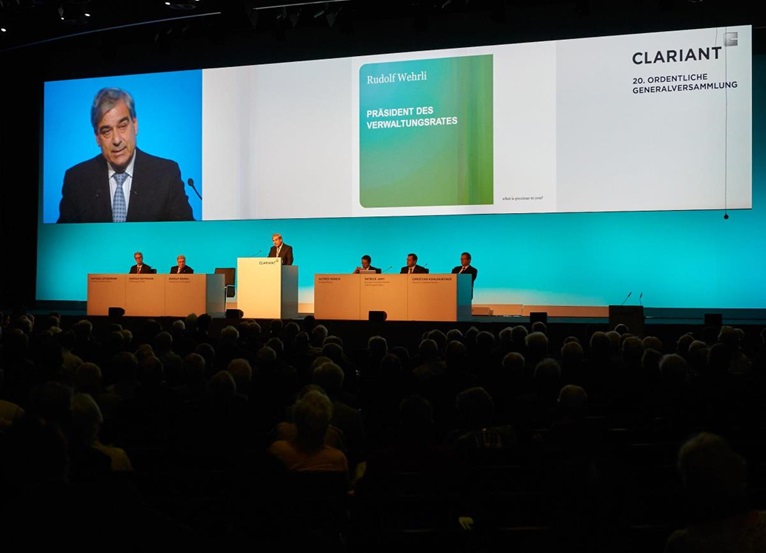 Muttenz, March 31, 2015 – At today's Annual General Meeting in Basel, the shareholders of Clariant AG, a world leader in specialty chemicals, approved all agenda items and proposals put forward by the Board of Directors. The meeting was attended by 459 shareholders and shareholder representatives accounting for 189 451 802 shares or around 57.07 % of the share capital of Clariant.

Hariolf Kottmann, CEO, reconfirmed the mid-term target to achieve a position in the top tier of the specialty chemicals industry. "This corresponds to an EBITDA margin range of 16% to 19% before exceptional items, and a return on invested capital (ROIC) above peer group average", said Hariolf Kottmann. "For 2015, we expect low to mid-single digit sales growth in local currencies, an EBITDA margin before exceptional items above 2014, and a significantly increased generation of cash flow."

NB: The speeches by Chairman of the Board of Directors Rudolf Wehrli and CEO Hariolf Kottmann along with Susanne Wamsler's CV are available under "Annual General Meeting 2015" in the "Investors" area at www.clariant.com