Clariant Sees Colors Becoming Muted for 2019, as Consumers Come to Grips with a Complex World 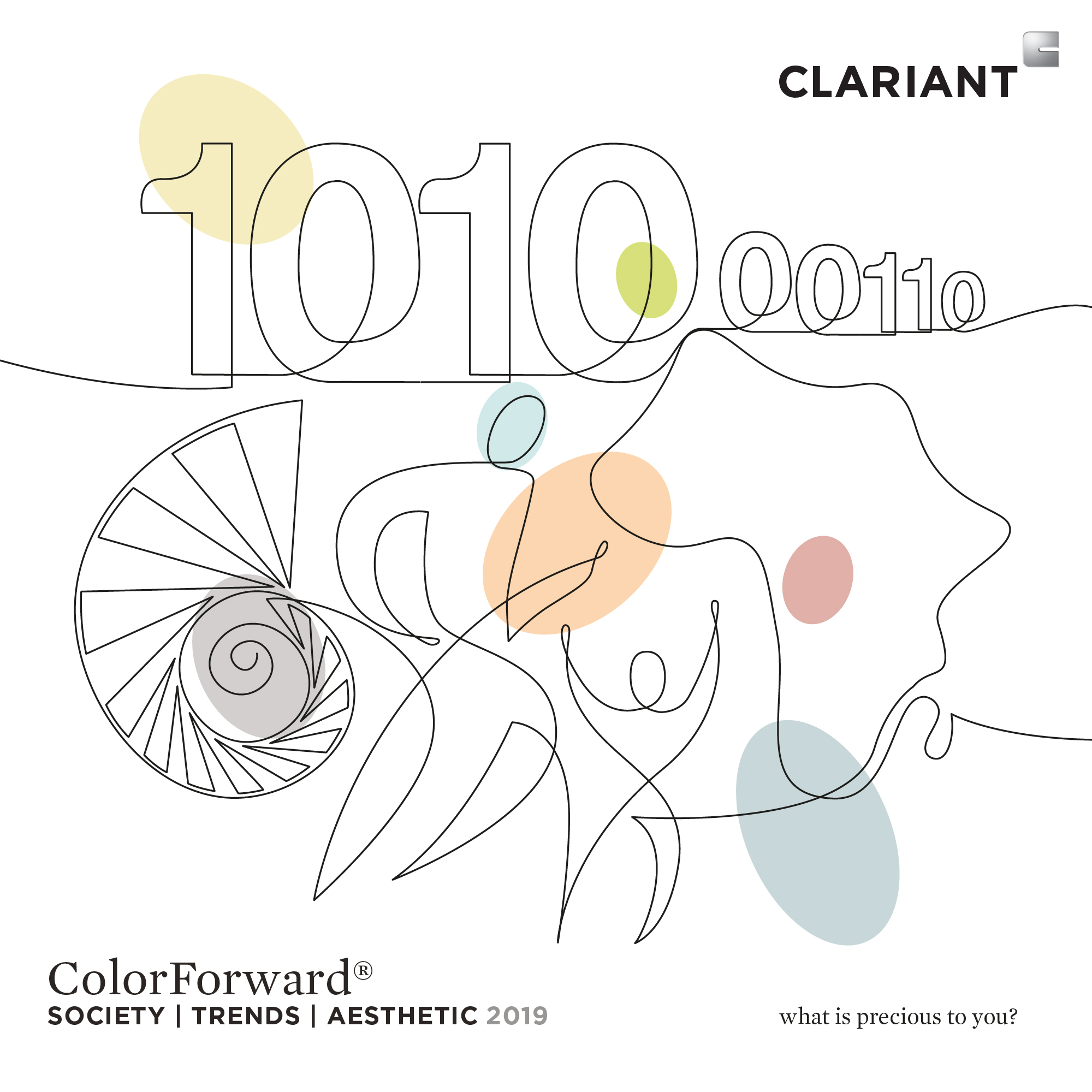 Muttenz, December 14, 2017 – Clariant, a world leader in specialty chemicals, announces the release of ColorForward® 2019, the 13th edition of the annual color forecasting guide for the plastics industry.

In 2019, consumers can be expected to feel increasingly frustrated by complications and distractions that make it difficult to focus long enough to complete even important tasks. They'll also feel like things that used to be predictable and dependable have gone out of control. Amid these confusing and unsettling circumstances, Clariant trend-watchers predict a heightened awareness and appreciation for the unique creativity, intuition and artistry that make people human. And, we will see the rise of millennials, particularly in Africa, as they begin to demonstrate a new kind of self-awareness, individuality and confidence.

"As far back as 2014, while working on ColorForward 2016, we began to see consumers becoming more introspective and even a little fearful about what was happening in their world," recalls Judith van Vliet, ColorWorks® Designer and a leader of the ColorForward team. "That gloominess, reflected in colors that were muted, softer, darker and even ambiguous, has persisted. Although the palette for 2019 is still toned down and more than a little grey, we see in it a growing sense of resolve and determination to find ways to live happily in our increasingly technical world."

Colors and Trends for 2019
Each issue of ColorForward identifies four global trend themes and then matches each with five colors that can be expected to evoke emotional responses related to that trend.

Do not disturb
This trend theme is based on the idea that technology makes it very easy for people to become distracted. We have realms of information at our fingertips, but every Google search turns up other interesting stories and ads that beg for attention. We can communicate across the world in an instant, but it seems that emails and texts arrive constantly, cluttering our minds. Increasingly, people look for ways to focus on a single task. This leads them to work outside the office or organize days without distractions – so-called Cave Days. Overwhelmed by choice, consumers welcome what's become known as "anti-choice architecture," which intentionally limits product options to make decisions easier.

The color palette for Do not disturb is simple: like pastels, they are serene, soft, and minimal, though all but one – a transparent light green dubbed 'focus' – have a dusty cast that quiets them even further. A slightly grey white, for instance, is called 'white noise,' and a greenish blue is named 'ἀταραξία von has fidanken', a Greek word for calmness or composure.

CTRL+F
This trend story is more fearful, focusing mainly on the apparent loss of control (or the wish for greater control) we experience in a world where exascale computers can become reality; where 'post-truth' describes an era when objective facts are less influential in shaping public opinion than appeals to emotion and personal belief; where social media, which was first used to connect people, is now used to actively filter what we see. We have begun to wonder at what point we lose control.

Colors representing the CTRL+F trend are ambiguous, enigmatic, and contrasting: –both light and dark, solid and transparent, with two of the five including a glitter effect. One of those is a smoky, translucent black named 'The Unknown: now boarding.' A neon orange ('The dawn of robotocene') is punchy, energetic and somehow synthetic, while a Champagne gold ('Mirroring human,') is a dynamic neutral.

In our increasingly technical world, we can still take some comfort and pride in the things that make us uniquely human. For instance, we can program a computer to recognize emotions, although only we can experience them. Humans are also creative and social. We have individuality and intuition. We can dream.

One of the color chips (called 'ColorWorks, Untitled, 2017, ABS on ABS, 9x6 cm,' like the work of art it is) is made by 3D printing, a first for ColorForward. This 3D-printed plaque is canvas-beige in color with a brush stroke of purple symbolizing the human creativity in this machine-made artifact. Other colors include, 'One face, one human race' that is a totally random combination of several colors, making every chip is unique, and yet all are part of the same family.

Umswenko
Ask someone from outside Africa what Umswenko is and they are unlikely to know the meaning of this Zulu word. Ask someone in Africa the same question and you will get answers as diverse as the continent. It's a style. It's an attitude. It's a way of being individual while also remembering your heritage and seeing an Africa that is more positive than the one portrayed in mass media. Today, 1.1 billion 'Afrillenials' are entering the workforce, bringing boundless energy and optimism. African versions of Silicon Valley are springing up in many countries while Nollywood, the film industry hub flourishing in Nigeria, turns out 2600 films per year. Umswenko is behind it all.

The colors chosen to represent this trend are not stereotypically African. They are the brightest of the ColorForward 2019 palettes, and yet they are somewhat toned down. They are juicy and energetic like 'Tribeat,' an apricot orange, or a jade green called 'La Sape.' This word describes a flamboyant style of dress adopted by so-called Congolese Dandies who, despite crushing poverty, spend lavishly of colorful clothing that they use to assert their independence and dignity.