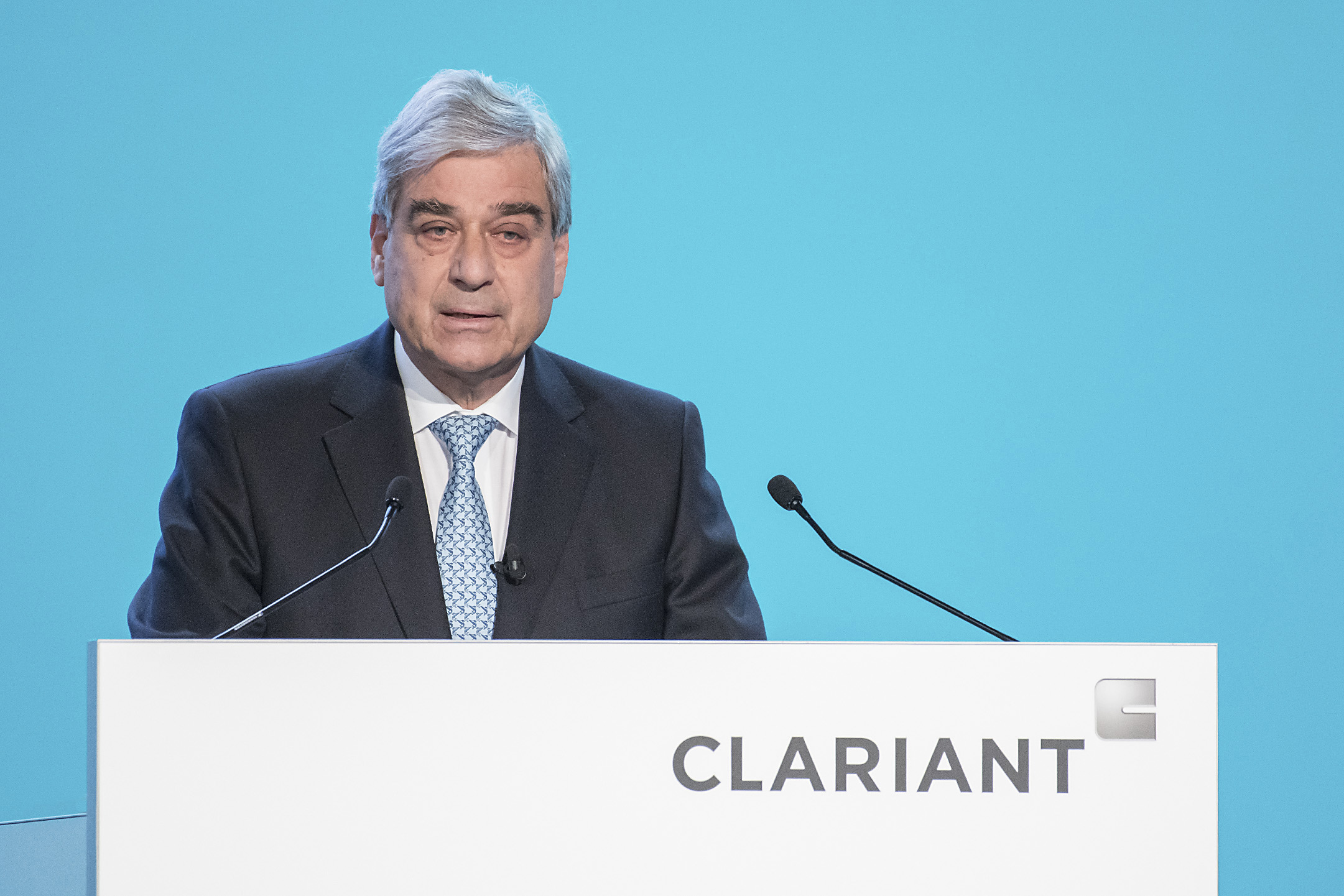 Muttenz, March 19, 2018 – At today's Annual General Meeting in Basel, the shareholders of Clariant AG, a world leader in specialty chemicals, approved all agenda items and resolutions proposed by the Board of Directors. The meeting was attended by 494 shareholders and shareholder representatives accounting for 150 829 734 shares or around 45.44 % of the share capital of Clariant.

Rudolf Wehrli, Chairman of the Board of Directors, said: "In 2017, Clariant delivered a strong performance with exceptionally strong growth. The success of this past year is the result of the tireless efforts of more than 18,000 Clariant employees, who did not let themselves be distracted by the events surrounding the planned merger and the short-term investment of an activist shareholder."

Hariolf Kottmann, CEO, announced that these results reflect that Clariant is on the right track in terms of implementing its strategy and that this successful process will continue at an even quicker pace together with new anchor shareholder and partner SABIC[1]. Mr. Kottmann also indicated that Clariant's outlook remains positive: "For 2018, the good economic environment in mature markets, which represent a high comparable base, is expected to continue and Clariant is confident to continue to be able to achieve growth in local currency as well as progression in operating cash flow and profitability."

NB:
The speeches (German only) of Rudolf Wehrli, Chairman of the Board of Directors, CEO Hariolf Kottmann, and guest speaker Gloria Glang, Clariant Vice President for Advanced Surface Solutions, along with pictures are available on http://www.clariant.com/en/Investors/Events/Annual-General-Meetings.

[1] The transaction in January 2018 in which SABIC acquired 24.99% of Clariant shares is subject to obtaining the necessary regulatory approvals, thus SABIC is not yet registered as a shareholder and therefore not represented at this year's AGM.