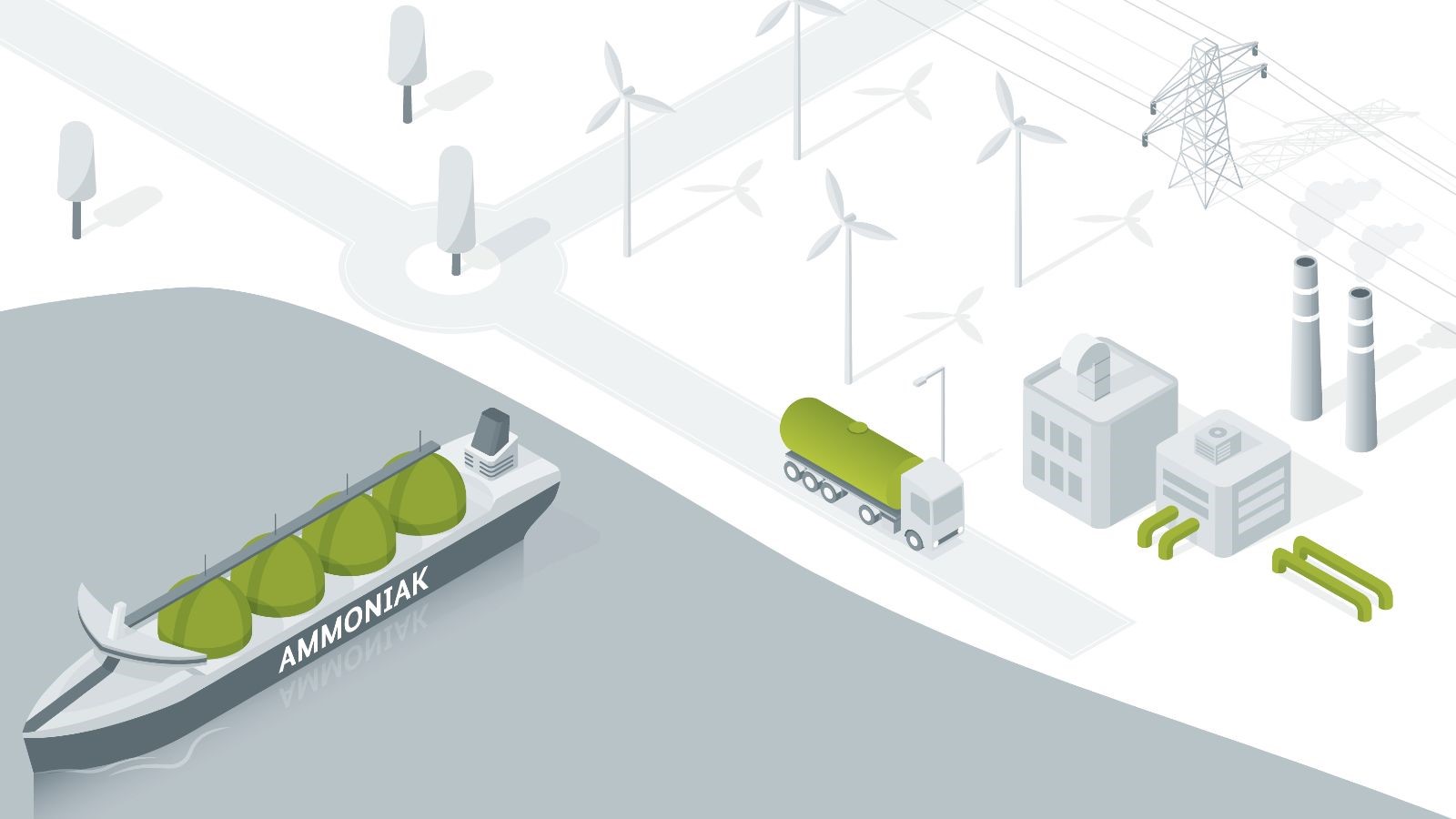 MUNICH, December 7, 2021 - Clariant Catalysts’ role in the so-called “green hydrogen revolution” continues to grow. The company is now participating in Germany’s prestigious TransHyDE project AmmoRef, which is tasked to develop process technologies and catalysts for ammonia cracking to facilitate future hydrogen transport, also for large distances. With €14 million in funding from the German Federal Ministry of Education and Research (BMBF), AmmoRef is part of the overarching 135-million-euro TransHyDE project, which aims to revolutionize the nation’s hydrogen transport infrastructure in preparation for a sweeping energy transition. TransHyDE is one of three hydrogen flagship projects aiming to prepare Germany’s entry into a hydrogen economy.

Marvin Estenfelder, Head of R&D at Clariant Catalysts, commented, “We are honored to have joined forces with some of the world’s most talented scientists in supporting Germany’s and the global transformation into a clean hydrogen economy. Clariant has been involved in R&D and cross-industry collaborations in this field for many years, and we have already developed numerous catalysts for use in innovative hydrogen applications. We are confident that together we will make it possible to recover pure hydrogen from ammonia in the scales required for efficient and safe mass transportation of hydrogen.”

Although green hydrogen is an abundant, versatile, and clean energy source, its high volatility and very low density make it difficult and expensive to transport. An economically viable method is to convert hydrogen to ammonia (NH3) for transportation and then release it at the point of use. The release is achieved by cracking (dissociation) of ammonia into hydrogen. Currently, there are commercial processes and catalysts available, but at relatively high energy costs. AmmoRef aims to develop new catalysts and technologies for ammonia dissociation at lower energy costs and improved efficiency.

Clariant will be collaborating non-exclusively with other prominent partners in academia and industry, amongst others are Prof. Schlögl (Max Planck Institute, Berlin and Mühlheim), Prof. Muhler (Ruhr-University Bochum), Prof. Behrens (University of Kiel), Prof. Lerch (Technical University of Berlin), as well as ThyssenKrupp, and BASF.

Clariant’s role in AmmoRef is to use the profound knowledge of the chemical reactions and catalytic processes to develop new and improved generations of its existing ammonia cracking catalysts. Furthermore, Clariant provides its benchmark ammonia synthesis catalyst AmoMax® 10 Plus, for the synthesis of green ammonia. This project further strengthens Clariant´s position as one of the frontrunners in the ammonia-related new hydrogen economy.

Clariant is also involved in other major projects involving renewable hydrogen value chains. These include the Kopernikus initiative for advancing renewable energy and the Carbon2Chem program to reduce industrial CO2 emissions, both of which are also sponsored by the BMBF. The company offers extensive expertise in hydrogen technologies and a broad portfolio of adsorbents and catalysts for the production, conditioning, and purification of hydrogen and catalysts to convert hydrogen to sustainable chemicals and fuels.

AmoMax® IS A TRADEMARK OF CLARIANT REGISTERED IN MANY COUNTRIES.