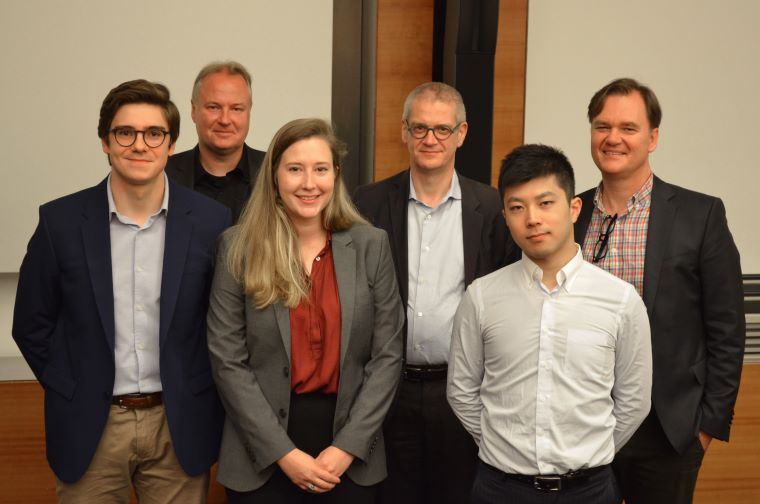 MUTTENZ, SEPTEMBER 13, 2022 – Clariant, a focused, sustainable and innovative specialty chemical company, has awarded three grants to the winners of the Talent program in Catalysis and Sustainable Chemistry, which were announced yesterday by ETH Zurich. The winners will each receive a grant of CHF 50’000 to support their outstanding research in the field of Catalysis with the aim of supporting the sustainable transformation in the chemical industry.

An award went to Andrea Blankenship, a MIT graduate and doctoral student at ETH Zurich, for her research into enabling the valorization of methane into desired liquid products that are important pathways for greener fuel and chemicals.

Ivan Surin, a graduate in Chemical and Bioengineering and doctoral candidate at ETH, received the award for his research into developing ammonia oxidation catalysts for sustainable nitrous oxide production.

Yuya Kakiuchi, a graduate in Engineering Sciences at Osaka University and doctoral student at ETH Zurich, received an award for his study that is laying the basis for further understanding olefin conversion processes, focusing on developing interplay between spectroscopy and computations to understand the role of ‘catalyst ingredient’.

“ETH Zurich is delighted to partner with Clariant in supporting our young talent with the Student Talent Program in Catalysis and Sustainable Chemistry,” said Christophe Copéret, Head of Laboratory of Inorganic Chemistry, Department of Chemistry and Applied Biosciences at ETH. “The award is an excellent form of support as well as recognition for the excellent work of the students that are addressing key sustainability challenges in the chemical industry today.”

The award ceremony took place yesterday afternoon at the ETH in Zurich, where the awardees presented their research in more detail and Richard Haldimann held a talk on how Clariant as a company is able to leverage its innovation power to both serve the global sustainability agenda as well as deliver top line and profit growth.

ETH (the Swiss Federal Institute of Technology in Zurich) is one of the world’s leading universities, currently recognized as the sixth best by QS World University Rankings. Founded in 1855, the university has a strong tradition in science and technology, which is reflected in its affiliation with 21 past Nobel Prize winners, including Albert Einstein. At the forefront of catalysis research, the cutting-edge methods and materials developed by ETH have provided deep insights into previously undiscovered aspects of catalysis.

Clariant’s research cooperation with ETH Zurich is another important milestone for the company, further expanding its partnerships with prominent global academic institutions, which already include the Technical University of Munich, Germany, and top tier universities in China.