IN THE PARIS UNDERGROUND

If you’ve ever been to Paris and taken the metro, you’ll probably remember its charmingly old-fashioned subway signs. Many of them and the entrances they belong to are more than a hundred years old and such famous examples of the architectural style called Art Nouveau that there’s actually a whole Wiki page dedicated to them. 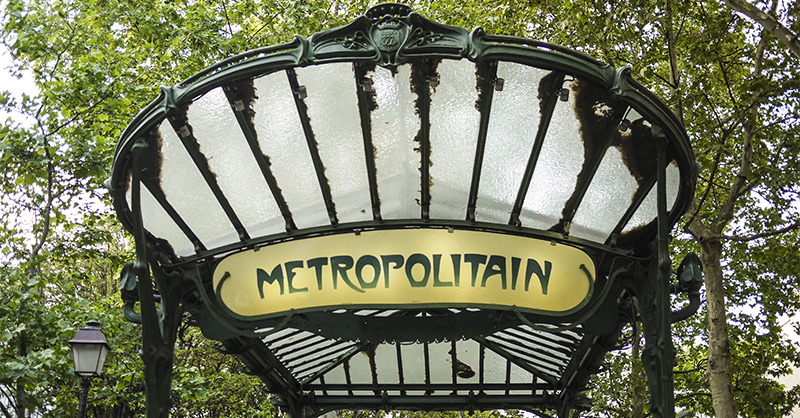 By 2030, these entrances will lead down into what is planned to be the largest and arguably most modern metro network in Europe – doubling the current size and serving greater Paris with a whole set of new driverless lines. The »Grand Paris Express«, as the ongoing project is called, will reach far into the suburbs and is part of plans to transform the French capital’s huge metropolitan area into a 21st-century metropolis. Costing more than 30 billion euros, the scheme has been referred to as »the most ambitious new subway project in the Western World« and will cut down trips that now take over an hour to less than a quarter of that time.

Until then, however, there still is a lot of digging to do. Almost all of the 200 kilometers of new tracks are being laid underground, in tunnels that are ten meters wide and run at an average depth of 30 meters. The roughly 70 stations they connect can require excavations of even greater depths – and then there are the almost 200 shafts needed for ventilation and unhindered access in case of emergency. To carve out the mobile future of the more than ten million people living in the greater Paris region, a lot of earth has to be moved.

But how do you carry out such a stupendous amount of excavations without them constantly caving back in? How do you support not just the enormous tunnels but also the deep trenches and shafts necessary to dig out for pouring the concrete frame of the stadium-sized stations? 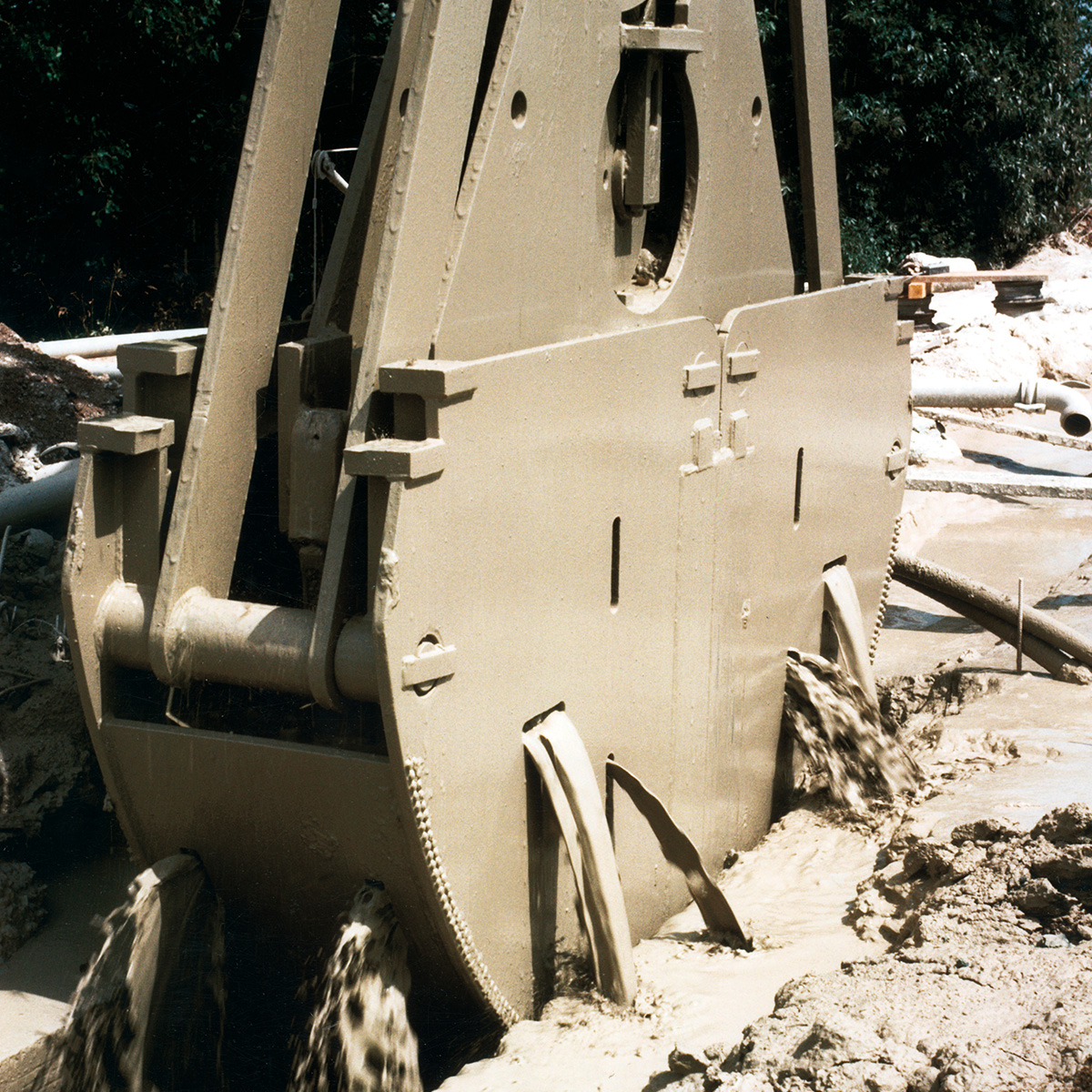 By filling these hollows with a material very similar to quicksand, curiously enough, or which at least behaves very much like that dreaded mixture of sand and water. The technical term for this behavior is thixotropy – and the same mechanism that makes it so dangerous when encountered in mud pits provides for more safety when harnessed to that purpose in drilling muds.

Essentially, thixotropic materials stay firm when still and turn fluid when disturbed. Think of ketchup in a bottle that won’t come out until you shake it so much that it swamps your plate, or of thickened paint requiring a good stir to become usable again. Or think of quicksand, that is, which swallows you deeper the more you struggle and you can only escape by very slowly hoisting yourself out.

In fact, the substance often responsible for the treacherous thixotropy of quicksand is the same as the key ingredient in drilling muds, boring slurries and other sludge-like fluids used for stabilizing excavations during civil engineering works: clay. Not just any clay, however, but bentonite – of which Clariant happens to be one of the world’s leading providers. We also provide this special clay for the works of the »Grand Paris Express«, literally supporting the project with countless tons of bentonite from two mines located in France.

Mixtures of bentonite and water are used to stabilize the very front end of the »Grand Paris« tunnels during drilling, and also to provisionally support the deep foundations dug out for the new subway stations. Here Clariant supplies the thixotropy-conferring clay for such tricky constructions as diaphragm walls, bored piles and barrettes, which all have become standard elements of building deep foundations in crowded urban areas.

Like the sheet of muscle separating our lungs and stomach, diaphragm walls cut through the ground to define the space of the future station, which then is much easier to clear out. While being dug, these walls are filled with bentonite slurry to counter the pressure from the surrounding earth and water, then fitted out with a steel cage and slowly filled from the bottom up with concrete, which displaces the lighter slurry. The whole process is shown in this great animation from the public agency managing the project, and is essentially the same for the variously shaped concrete piles often used as supports.

Clariant’s French bentonite experts are experienced civil engineers themselves, and build on the company’s century-old history of mining and improving the highly useful, natural product. This helps them to know which grade of clay to use for the many different soils found in the greater Paris underground, and which additives it can be mixed with to work even better. They are also highly familiar with the process for desanding and reusing the bentonite on-site, which makes operations not just more efficient and economical but also more sustainable.

Sustainability is an integral part of Clariant’s business and is also pursued in the company-owned bentonite mines through dedicated reclamation programs. In the case of the »Grand Paris Express«, the sustainability of the bentonite is further enhanced by being »made in France«, which not only ensures reliable and speedy supplies but also a smaller transportation footprint.

This chimes in well with the idea of the overarching »Grand Paris« project: In addition to keeping step with other international megacities like London or Tokyo, its aim is to make living conditions in greater Paris more enjoyable, equal and sustainable.

A similarly grand and unifying vision was actually behind the construction of the original Paris metro – whose beautiful old entrances still speak of that fine spirit today. Four years after the first line opened in the year 1900, the famous French poet Jules Romains expressed his hope that the network would be a »living, fluid cement that will succeed in holding men together«.

To bentonite specialists like us, the behavior this image describes sounds almost thixotropic – and makes Clariant all the more proud to be part of the continuation of this great project.