The high processing temperature of polyamides, sometimes reaching up to 340 °C, is always a challenge for flame retardants. During the compounding, polymer degradation, formation of decomposition products and discoloration can occur in case of insufficient thermal stability of the additives. The temperature range between melting and beginning decomposition is the »processing window« of the polymer.

By DSC analysis we could prove, that reinforced polyamides with Exolit OP1400 (TP) have the broadest processing window of flame retarded polyamides, even better than red phosphorus and the brominated polystyrene plus antimony trioxide recipe. 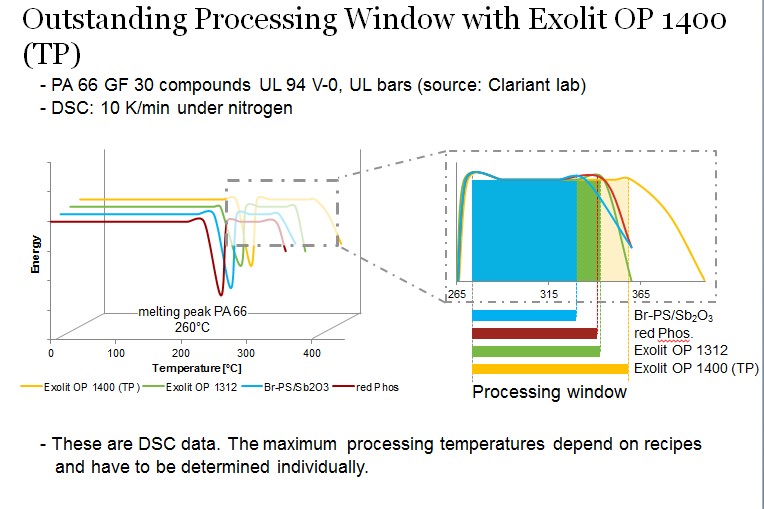 According to the new European railway standard EN 45545-2, electrical and electronic components must either fulfill the requirements R1, R22 or R23 where both smoke toxicity and optical density are specified.

Electrical parts, moulded with P66-GF containing a combination of Exolit OP and a synergist are compliant with the highest fire safety standard for rolling stocks (category R22, Hazard Level 3 (HL3) according to EN TS 45545-2, the new European Standard for railway rolling stock)