On a West African FPSO, both the produced oil and water quality were unacceptable to the operator. After a number of companies had attempted to remedy the situation – unsuccessfully – Clariant Oil Services was asked to find a solution. The subsea system conditions are tabulated in the table below.

Process fluids were produced from the wells via a number of subsea completions. These fluids were combined into a single manifold on board an FPSO prior to the process system. The manifold takes the fluids to three separators aligned in series and the internal temperature is typically 49oC. Fluids are heated in between the first and second stage separators to 61oC. The fluids then go to two electrostatic desalters that are also aligned in series which operate at 60oC and 50oC, respectively.

Approximately 4% wash water (desulfated seawater) was added to the fluids at the inlet to the first stage electrostatic desalter via a mix valve to ensure dispersion. The water removed from the first and second stage separators would go to two hydrocyclones. The clean water from these goes to a degasser prior to overboard discharge, and the oily water from the hydro cyclones plus the oil removed at the degasser is sent to the inlet of the third stage separator for further processing. All of the water separated at the electrostatic desalters was recycled through the system. 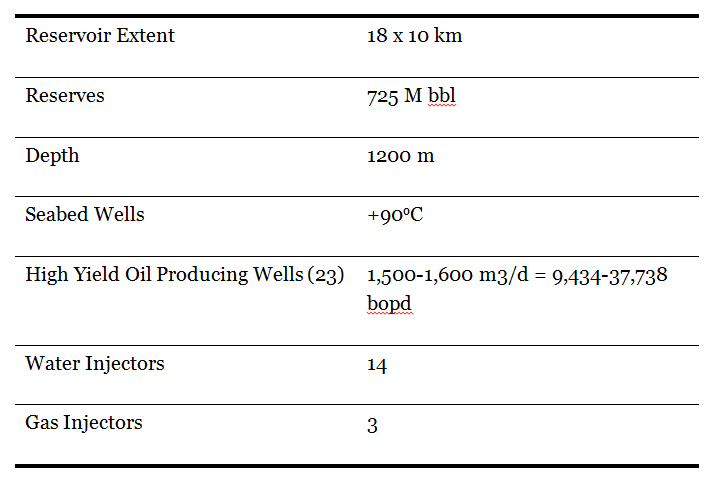 The application of PHASETREAT 4688 has proven to be both economical and technically superior for treating emulsion problems in a problematic naphthenate stabilized crude oil.

Compared to previous competitors’ products, Clariant Oil Services’ PHASETREAT 4668 gave water ≤ 35 ppm oil-in-water, BS&W of ≤0.2 and salts of ≤60 mg/l. All of these were within the operator’s specification, as well as provided an approximate reduction of 30% chemical consumption. Due to the excellent results provided by PHASETREAT 4688, the Clariant Oil Services demulsifier is now considered the first choice for these types of separation problems by the operator.