Clariant’s efforts to continuously improve methanol catalyst performance are not limited solely to catalyst formulation, but also focus on the overall process and how the catalysts can be optimally utilized in the complete reactor system.

The result is a major breakthrough in methanol synthesis: MegaZonE™ technology. Based on Clariant’s MegaMax® catalyst series, and jointly developed with Air Liquide E&C, the innovative method uses several layers of catalysts with different activity levels to optimize heat management and overall catalyst performance in the methanol synthesis reactor. With MegaZonE technology, the properties of each catalyst layer are tailored to the specific conditions along the reaction pathway, resulting in longer lifetimes of the catalysts, and higher methanol yields for our customers.

INCREASED CUMULATIVE METHANOL PRODUCTION
up to 10%-15% 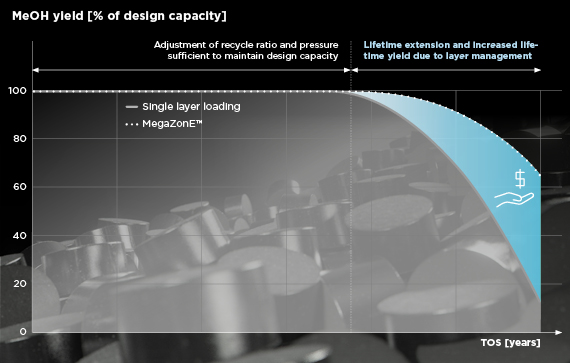 The unique MegaZonE layer arrangement reduces the thermal stress on catalysts on the catalysts at the main reaction front, leading to an optimized use of the highly active catalyst in the top part of the reactor and of the reaction rate in the bottom part. The flattened temperature profile and the improved overall performance result in extended catalyst lifetime and increased methanol yield over the lifetime.

Learn more about our MegaZonE Technology 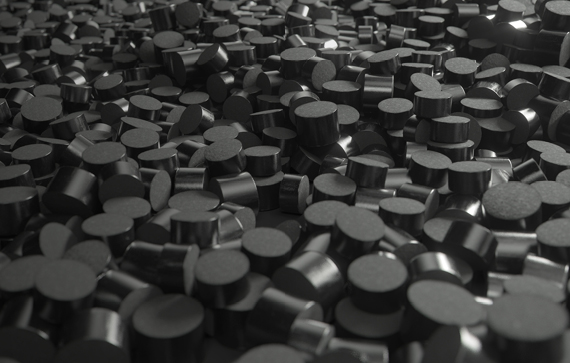 Read our latest Articles and News

Learn about our Catalysts