THE MAKING OF A CHEMICALS LEADER

Building a company is a lot like synthesizing a chemical product. You start with certain raw materials, add other reagents, respond to outward »heat« and pressure, and steadily try to nudge the process in the right direction. Just like in the realm of elements and compounds, creative teamwork is the key to innovation, and what you put into the equation defines your rewards.

The synthesis of Clariant as a company has been running for 25 years now, and though much that’s interesting lies doubtless still ahead, this seems like a good time to take a look back at what’s happened so far. It’s been, after all, a fascinating multistep route that, from the outset, was never quite as simple as adding A to B.

Indeed, Clariant’s origins may be better described with what chemists call a decomposition reaction. It begins in January 1995, when the venerable Sandoz AG decides to cleave off the chemicals side chain from its pharma backbone. The spin-off takes place under general conditions of heightened »reactivity« that has started to reshape the global industry and is followed a year later by the merger of Sandoz and Ciba into Novartis.

In its raw and independent state, Clariant has a »molar mass« of 8,700 employees, whose combined knowledge and skills generate an annual »reaction yield« of 2.3 million Swiss francs. The key figures determining its synthesis route in the initial years are Rolf W. Schweizer, the former CEO of Sandoz, and Martin Syz, previously head of Sandoz’s chemicals division.

They do not tarry to arrange a decisive merger of their own – with the much larger specialty chemicals division of Hoechst, like the company they come from a grand old dame of Europe’s chemical industry. Realized in 1997, the brave move turns Clariant into a genuine macromolecule with four times the workforce and five times the sales. It also gives greater »clarity« to the young company’s prospects and much enlarges its international presence.

Yet not all reactions go as planned, and while the next big merger with competitor Ciba and the acquisition of UK player Laporte both fall through, the addition of another reagent, British Tar Products (BTP), turns out to gravely imbalance Clariant’s chemical equation. In consequence, some very profitable functional groups have to be shed, and it is only when Roland Lösser, the debt-burdened company’s chief financial officer, takes over the helm in 2003 that things start looking up again.

The key to this is a strict eye on efficiency and costs, formalized in the company-wide Clariant Performance Improvement Program (CPIP). In 2006, under a new CEO, the newly shaped-up specialty chemicals molecule gravitates back to an old acquaintance and adsorbs part of Ciba’s business. Just two years later, in 2008, PhD chemist and former Hoechst manager Hariolf Kottmann assumes control over Clariant’s synthesis route – and steers it into an entirely new direction.

Against the backdrop of the global financial crisis, the new CEO further slims down the company’s sprawling molecular shape, moves its headquarters to Pratteln and introduces the Clariant Excellence program. Even more importantly, he orchestrates the acquisition of Süd-Chemie, another great old name of the chemical industry in Europe – which now, in 2011, invigorates Clariant’s business by introducing the new Functional Minerals and Catalysts Business Units.

While other plans fall through, the then (and now again interim) leader of the company also plays a strong part in giving sustainability and eco-conscious innovation more strategic weight. Together with a focus on high-value specialties, this early and ongoing commitment remains one of Clariant’s defining traits.

Today, our »molar mass« as a global chemicals player amounts to more than 17,000 employees, and in 2019, our aggregate »reactions« yielded a revenue of over 6.5 billion Swiss francs. With our Innovation Center, our Biotech Center and cosmetic Competence center, our pioneering role in bioethanol production, and our long-standing and steadily growing reputation as a sustainability leader, we are in a great position to go on synthesizing success – along with an enhanced chemical future. 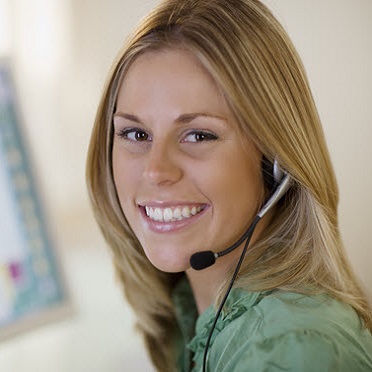