The magic crystals that turn

In fairy tales and movies, magic crystals have a long track record of saving the day with their supernatural powers. This usually happens at the very end of the tale, when things are coming to a head – and the world as it is will either go to ruin or just be saved in the nick of time. In the highly popular Marvel™ superhero features, there’s even a whole collection of mighty crystals, each with its own special shape, color and abilities.

Wouldn’t it be great if there were also a set of magic crystals for saving our environment? When reading the latest climate change scenarios, the situation can feel as dramatic as in those movies. Especially young people seem to think so and consider the state of affairs critical enough to skip school and organize climate rallies each Friday, demanding a solution.

As it happens, there actually are crystals that have such powers. They’re called zeolites, and they, too, come in many different shapes and compositions. Some of them have the ability to catch a harmful climate gas, hold on to it with their »magic« powers – and only release it after it’s been turned into clean air. 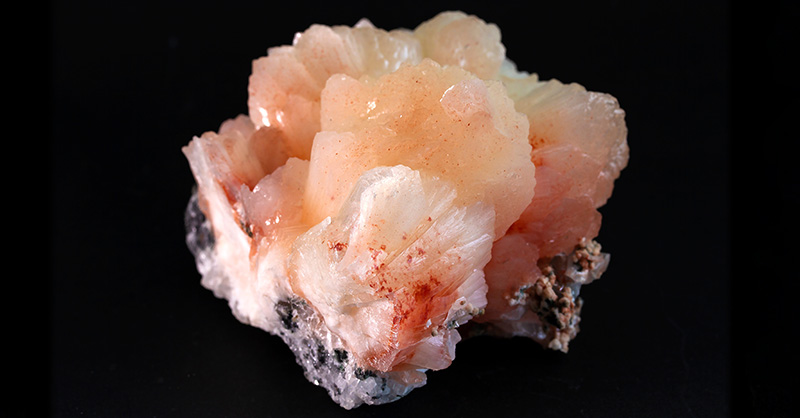 When found in nature, zeolites look like something you could instantly add to your collection of precious stones. Formed over long periods of time by reactions of water with volcanic rock, they occur in a wide variety of beautiful clear, white, pink and green crystals. What really makes them precious, however, is what they look like at the molecular level.

Zeolites consist mostly of elements very common on Earth – aluminum, silicon and oxygen – but combine them to form special and unique structures. As with all crystals, their molecules form a three-dimensional lattice, but one that is extremely regular and riddled with countless pores and channels of identical size. These micropores can trap the small molecules of gases and liquids while letting larger ones pass by, giving materials made from zeolites the ability to act as »molecular sieves«. 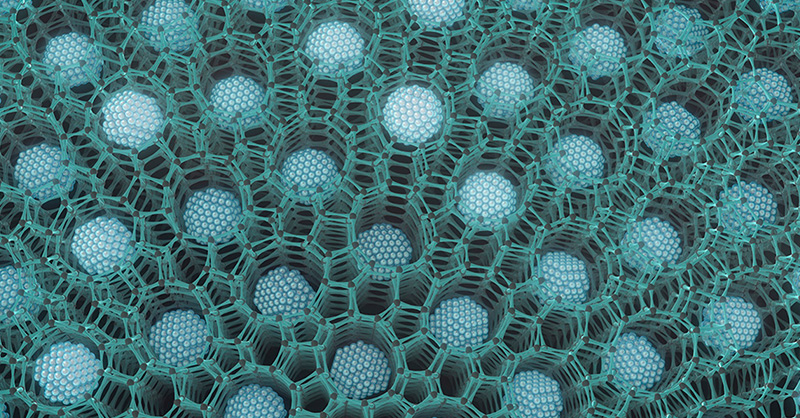 The moisture- and odor-absorbing pellets of cat litter often consist of zeolites, as do breathing filters in the tanks of scuba divers and firefighters. In many labs, zeolites are used to dry and purify solvents, trapping water molecules while leaving larger solvent molecules outside. Due to their ability to trap the calcium and magnesium ions that make water hard, they also find use in water filters and laundry detergents. In refinery and petrochemical areas, products made from zeolites can dramatically improve both the efficiency and carbon footprint of processes.

Some of these products are made by grinding up and treating the brittle zeolite crystals found in rocks, of which there are about 40 kinds, carrying such magical-sounding names as chabazite, mordenite and erionite. A great number of zeolites, however, are now produced synthetically. This is because it is then easier to control their purity and specific properties such as pore size, which determines what type of molecules they can catch.

Perhaps even more importantly, synthetically produced zeolites also allow new crystal structures not occurring in nature to be found, with potential to access innovative and exciting properties to improve our world. These properties give greater control over what happens to gas molecules once the zeolites have gotten hold of them, for example – which is very important for the magic they can work on the environment.

This magic relies on the power of zeolite crystals to not only serve as »molecular sieves« but also as catalysts. Catalysts are materials that bring about or speed up chemical reactions without being consumed in the process. As chance will have it, they are also one of Clariant’s favorite fields of research. Most solid catalysts consist of metals, and by sprinkling metal ions throughout the zeolite pores like fairy dust, their magic powers can be doubled. In addition to trapping harmful, climate-changing emissions, they can now transform them into something else.

If you drive a modern diesel car, you’ll perhaps be surprised to hear that Clariant’s magic zeolite crystals may well be part of your catalytic converter. Spread in a thin coat over its filters, they both trap hydrocarbons so they can be neutralized more effectively at a later stage and actively transform – or catalyze – nitrogen oxides into less problematic compounds.

The elements nitrogen and oxygen make up 99% of the Earth’s atmosphere, but when combined to nitrogen oxides (often abbreviated to NOx) they can harm both health and climate. One that can be a particular problem is nitrous oxide, known to chemists as N2O and to people with dental problems as laughing gas. Reflecting the planet’s heat like CO2 but staying in the atmosphere much longer, it has been calculated to be 300 times more harmful. In fact, alongside methane and CO2 it is one of the big three climate-changing gases emitted by humans.

Nitrogen oxides are not only emitted by cars but also by factories, such as those producing nitric acid, an important compound for making fertilizers and thus, ultimately, for feeding the world’s growing populations. The video on this page explains very nicely how EnviCat® N20, one of Clariant’s zeolite catalysts, is used to bind this underestimated climate gas and turn it into harmless oxygen, nitrogen and water. And this one shows how the magic ability of these crystals to sieve out and transform molecules is employed to clean up another mainstay of our economy: the manufacture of cement.

In fact, our collection of magic crystals is even larger than the one in the superhero movies (and, as we zeolite fans tend to think, also more beautiful). They all come with their own custom-fitted structures and specialties, and while they’re perhaps not quite as mighty as those in fairy tales, they have the advantage of offering a real solution.

One that Clariant is proud to provide to many customers around the world: for saving the climate in small, feasible steps – one molecule at a time.

Your request has been successfully submitted. You should start receiving Clariant newsletters soon.